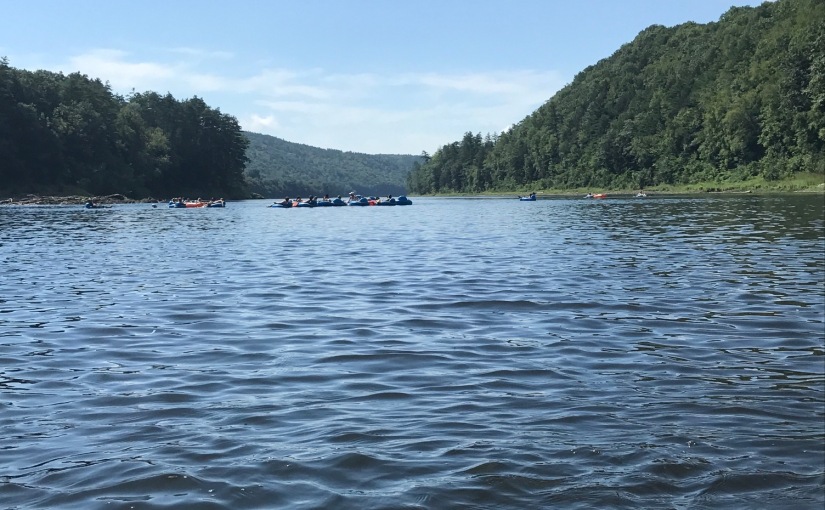 In between the craziness, I found myself feeling so calm and content. Living in an urban area, I don’t often find time to appreciate the outdoors like I once did. But this trip to Vermont brought my appreciation for nature back in .2 seconds. We even saw a Bald Eagle fly right over us while we were tubing down the river! 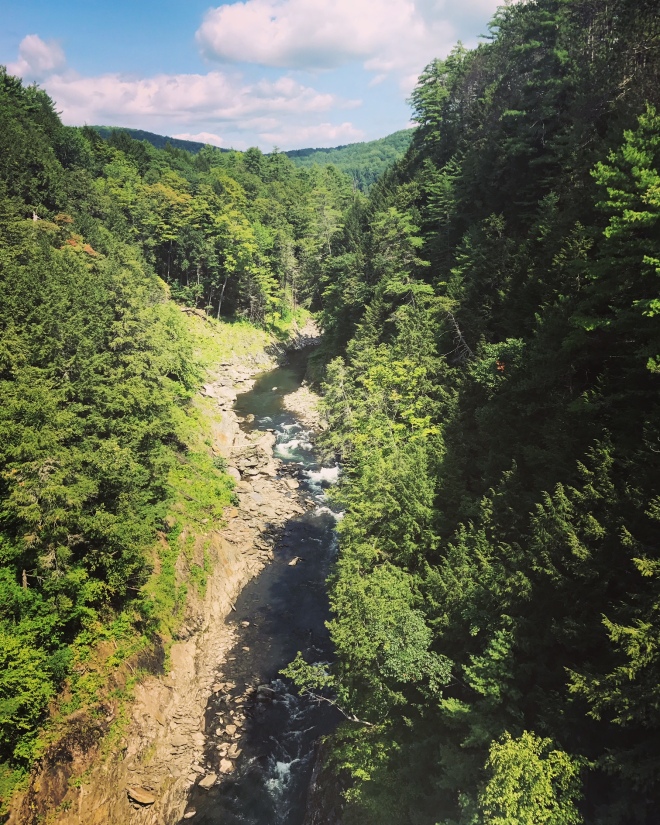 Waking up to this in the morning was so peaceful.

It has been almost a week since I’ve been in here — I took a nice longgg weekend for myself and it was much needed! I surprised Evan with a trip to Vermont this weekend for his 28th (!) birthday.

Thursday around noon we got into the car and I started driving north. He had originally guessed we were going to New Hampshire or Maine, but as I started going northwest, he knew we were headed toward Vermont. About 3 1/2 hours later, we reached Stowe, where neither of us had been before.

We stayed at the Green Mountain Inn (the red building in the right of the photo above) right in the middle of town. The hotel was very cute, and has a heated outdoor pool and hot tub, sauna, and a fireplace in mostly every room. We walked around the town center for a bit, and found this, which was pretty random.

That night, I had made dinner reservations to celebrate Evan’s birthday (with steak, obviously) at the Whip Bar and Grille. The steak was delicious but even better were the mashed potatoes that came with it!

The next morning, we got up and got coffee and breakfast next door at an adorable coffee shop called Cafe on Main. We ended up going back the next afternoon since it had a cute little gift shop filled with all-things-Vermont. We then headed up to Stowe Mountain Resort for a day of skiing. I snowboarded, and am not so great at anything winter-related, but did make it down the mountain a few times without falling. Evan, on the other hand, is a great skier and was going to slopes so high up that they were past the clouds. 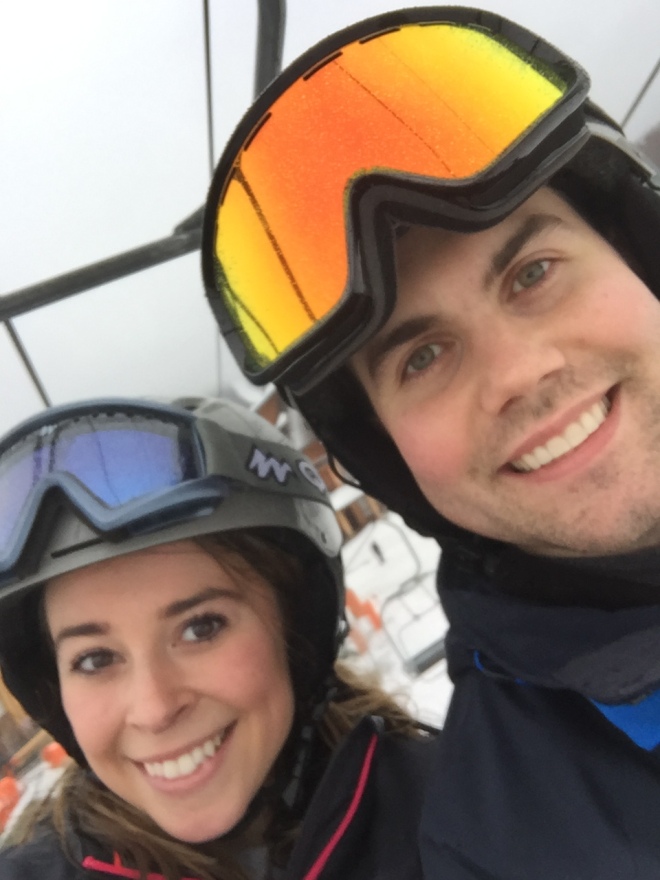 That night, we went to a restaurant called The Bench which was amazing. Their beer list (hello, Heady Topper) was great, but the food was SO GOOD. It was Good Friday for me, so I was forcedddd to get the pizza, which was delicious and Evan got a burger with pork belly AND bacon on it. Everything at the restaurant is coal-fired from an oven that we were sitting right next to, so it was entertaining watching the chef cook everything in there. For an appetizer, we got one of their small plates — mac and cheese. It was THE BEST mac and cheese I’ve ever had. We ended up ordering another to go which I ate the next day for lunch. SO GOOD. 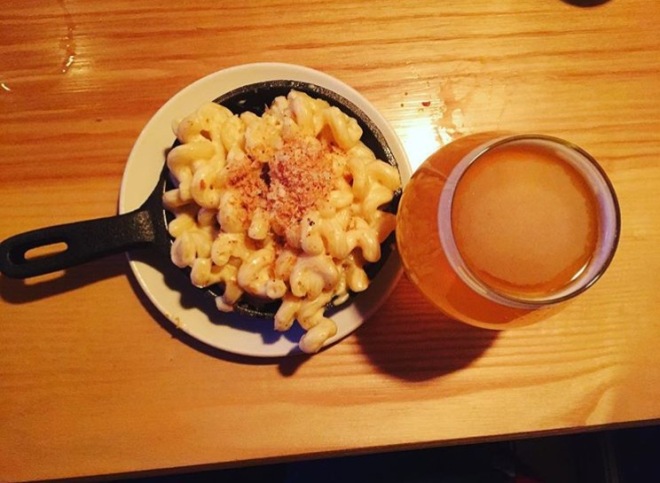 The next morning it was time to check out and head back home. We stopped by another coffee shop just down the street on our way out called Black Cap Coffee. I also had to drive through one Vermont’s famous covered bridges, Gold Brook (more commonly know as Emily’s Bridge). Evan was not happy that I was taking him down a mud-street filled with pot holes while our coffees were spilling all over him, but, whatever. I had to see it.

We only got to stop at home for about two hours to unpack & repack before we headed down to Rhode Island to celebrate Easter with my family.

This weekend has left me feeling extra thankful for the people I have in my life. And also extra tired.